Manabu Shiraiwa, who was recently promoted to associate professor in the Department of Chemistry at the University of California, Irvine, was selected to receive HEI’s 2018 Walter A. Rosenblith New Investigator Award for his proposal “Formation of Reactive Oxygen Species by Organic Aerosols and Transition Metals in Epithelial Lining Fluid.” 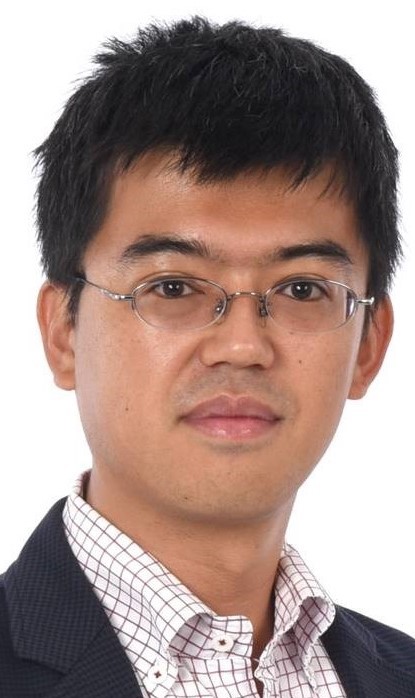 where he conducted kinetic modeling on the formation of secondary organic aerosols. He became assistant professor at the University of California, Irvine in 2016 and started an independent research group that is focused on multiphase chemistry of organic aerosols and reactive oxygen species (ROS) in the atmosphere to better understand the effects of aerosols on climate, air quality, and public health. Shiraiwa is well published and has received several accolades for his work, including a CAREER Award from the National Science Foundation, the Sheldon K. Friedlander Award from the American Association for Aerosol Research, and the Otto Hahn Medal from the Max Planck Society.

With his New Investigator Award Shiraiwa plans to study the kinetics and molecular mechanisms of formation of ROS by different types of anthropogenic and biogenic secondary organic aerosols (SOAs). A major novelty of his proposed work is to distinguish between ROS formed by pollutants entering lung lining fluid (chemically) and by macrophages producing ROS as an inflammatory response (biologically). His approach will use SOAs produced in a reaction chamber brought in contact with artificial epithelial lining fluid with or without addition of transition metals. Shiraiwa will then measure concentrations of ROS using electron paramagnetic resonance (EPR) spectroscopy with a spin trapping technique and also with the commonly used DTT assay for comparison. A subsequent line of research will be to measure ROS that are produced by rat primary macrophages exposed to particles. In these experiments he will measure ROS by EPR and chemiluminescence. Finally, Shiraiwa plans to construct a kinetic multilayer model for surface and bulk chemistry in the epithelial lining fluid that can be used by regulators.

Named for the first chair of the HEI Research Committee, the Walter A. Rosenblith New Investigator Award supports the work of a promising scientist early in his or her career. In selecting award recipients, the HEI Research Committee considers each applicant’s potential for a productive research career in examining air pollution and its effects on health, the support provided by the applicant’s institution, and the scientific merit of the research project and its relevance to HEI’s mission. Manabu Shiraiwa is the 25th scientist to receive the Rosenblith Award since the inception of the program in 1999.