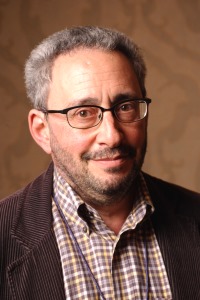 Aaron J. Cohen is currently Consulting Principal Scientist, a position he has held since his retirement from HEI in May 2016. Prior to retirement Cohen developed and managed for 26 years HEI’s U.S. and international epidemiologic research programs on the adverse health effects of air pollution. He now provides strategic advice on the development and conduct of HEI’s global health research. Past HEI responsibilities included the reanalysis of the American Cancer Society and Six-City studies of air pollution and mortality; multicity time-series studies of air pollution and daily mortality in Europe, North America, Asia, and Latin America; studies of the effects of exposure to low levels of air pollution, and HEI’s Accountability research program.

Cohen is a member of the Core Analytic Team of the Global Burden of Disease (GBD) project at the Institute for Health Metrics and Evaluation (IHME), which is responsible for the continuing development of the GBD estimates, now updated yearly. He cochaired earlier GBD expert groups that produced estimates of the global burden of disease due to urban air pollution in 2000 and ambient air pollution in 2010. Since 1999 Cohen has served as a Temporary Advisor to the World Health Organization on the evaluation of epidemiologic evidence, air pollution health impact assessment, and air quality guideline development, and has served as an invited expert in the International Agency for Research on Cancer working groups on diesel exhaust and outdoor air pollution.

Prior to receiving his degree in epidemiology Cohen was a Registered Respiratory Therapist (AS and BS, Northeastern University). He worked for 15 years in newborn intensive care at Brigham and Women’s Hospital in Boston, and subsequently as Research Associate in Perinatal Epidemiology, conducting epidemiologic and clinical research on neonatal respiratory disease and the evaluation of related medical technologies.

Cohen holds a D.Sc. in Epidemiology (1991), and a Master’s in Public Health (1985) from the Boston University School of Public Health, where he is adjunct Assistant Professor of Environmental Health. He is also Affiliate Professor of Health Metrics Science at IHME. In 2017 Cohen received the International Society for Environmental Epidemiology’s John Goldsmith Award for sustained and outstanding contributions to the knowledge and practice of environmental epidemiology.