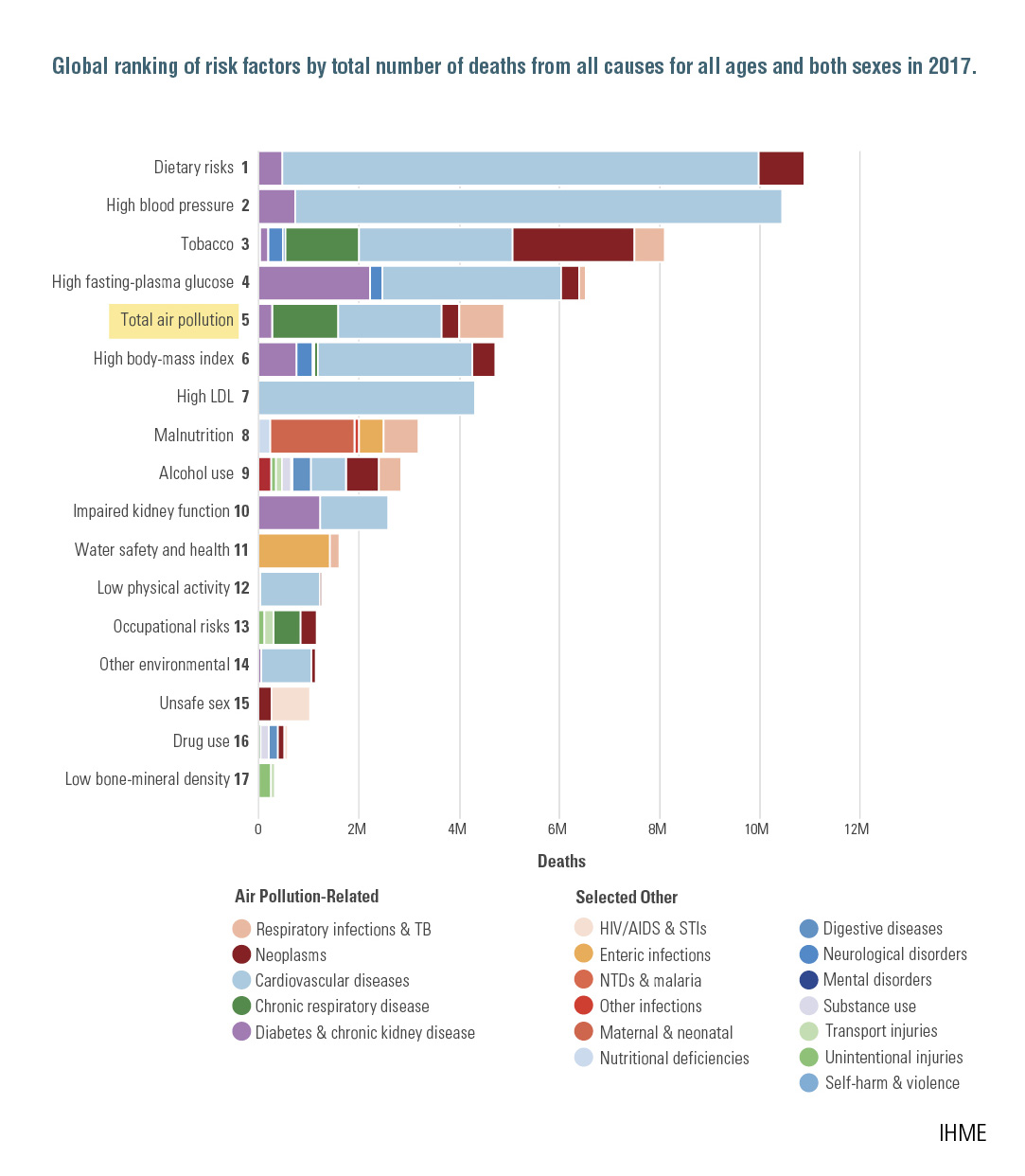 State of Global Air 2019, the third edition of HEI’s flagship report and website with global data on air quality and its health impact, was released this spring.

The State of Global Air website provides both air quality and health-impact data by country and region, based on the most recent data available from the Institute for Health Metrics and Evaluation’s Global Burden of Disease (GBD) project. The site offers exposure and health data for ambient particulate matter, ozone, and household air pollution, and also estimates the total health burden from all three forms of air pollution.

For the first time, State of Global Air 2019 also provides worldwide estimates of lower life expectancy that can be attributed to air pollution. These estimates were based on a global analysis conducted by Joshua Apte of the University of Texas at Austin and his colleagues.

Here are key findings in the 2019 report:

•             Air pollution (PM2.5, ozone, and household air pollution) is the fifth leading risk factor for mortality worldwide. In 2017, air pollution is estimated to have contributed to close to 5 million deaths globally — nearly 1 in every 10 deaths.

•             Air pollution contributes to more deaths than many better-known risk factors such as malnutrition, alcohol use, and physical inactivity.

HEI spread the word on the release of State of Global Air 2019 through enhanced communications tools, including social media (see www.stateofglobalair.org/engage) and factsheets on particular countries. A webinar, held on April 10, drew nearly 100 participants from around the world. It was also streamed live on Facebook.