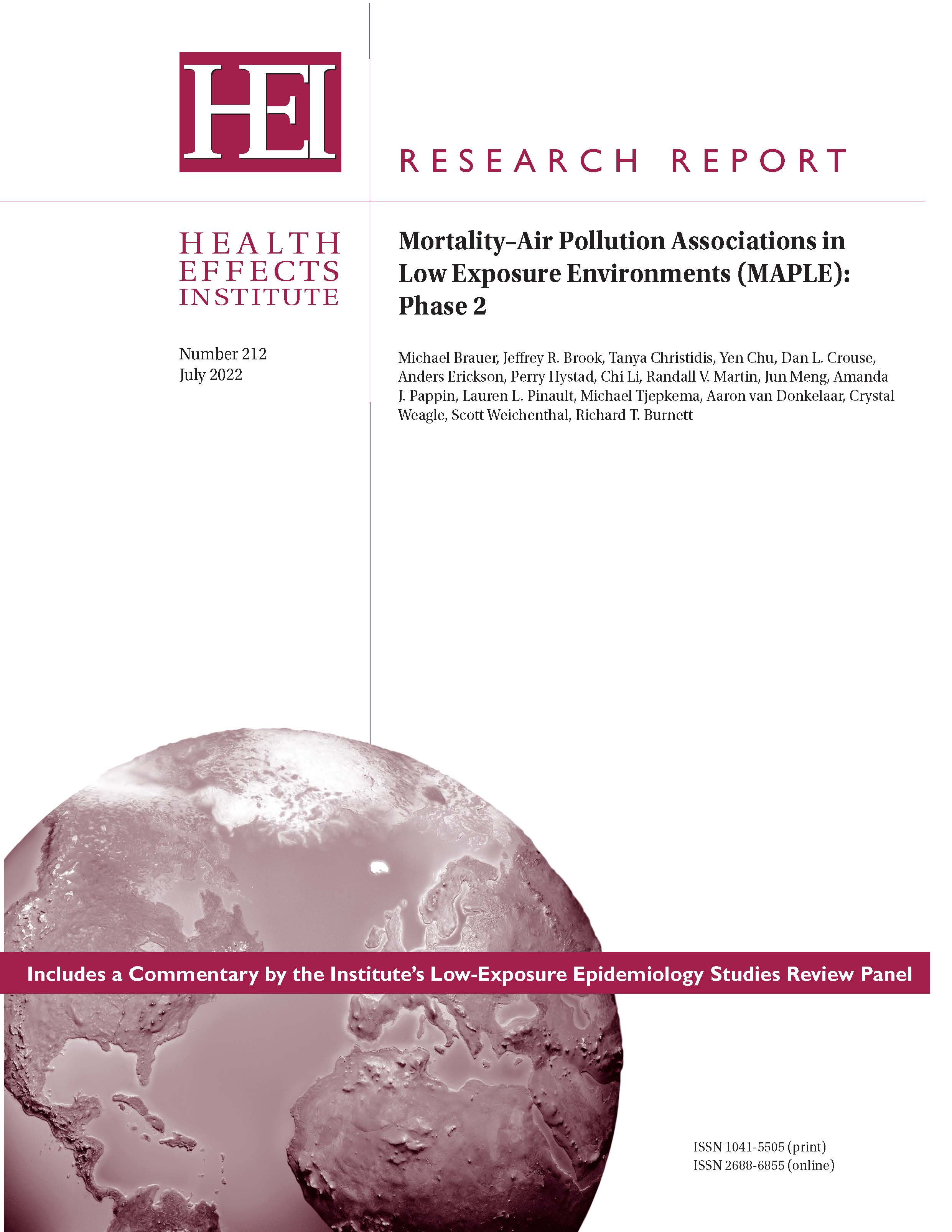 A comprehensive new HEI study examining potential health risks from low levels of air pollution exposure in millions of Canadian citizens reports increased risks of mortality, including at the lowest levels of exposure to fine particulate matter air pollution (PM2.5), levels that fall below current U.S. and other ambient air quality standards. The investigators found that long-term outdoor PM2.5 exposures as low as 2.5 μg/m3 were associated with increased risk of death.

In the study, presented in Research Report 212, Mortality–Air Pollution Associations in Low-Exposure Environments (MAPLE): Phase 2, Michael Brauer at The University of British Columbia and his colleagues combined satellite data, air monitor sampling, and atmospheric modeling to estimate outdoor PM2.5 exposures across Canada from 1981 to 2016. The team applied comprehensive epidemiological analyses in 7.1 million Canadian adults to evaluate the risk of death at different PM2.5 exposure ranges and to identify the lowest concentration at which associations with health effects could be detected.

The study is the final in a set of three studies funded by HEI to explore health effects from air pollution exposure at levels below government recommended standards. The other two studies were conducted in Europe, released in September 2021, and in the United States, released in January 2022. All three studies were established to improve our understanding of exposure–response functions for mortality and morbidity at low concentrations of PM2.5, NO2, O3, and other ambient air pollutants in very large populations across the United States, Canada, and Europe.