HEI is pleased to announce recipients of the 2017 Walter A. Rosenblith New Investigator Awards. Although the HEI Research Committee normally selects one recipient, the large number of quality applications this year led them to select two excellent awardees. 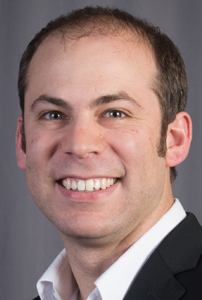 Joshua Apte, assistant professor in the Cockrell School of Engineering at the University of Texas at Austin (UT-Austin), was selected to receive the award for his proposal “Scalable Multipollutant Exposure Assessment Using Routine Mobile Monitoring Platforms.”

Apte specializes in air pollution exposure assessment. He received a Ph.D. in energy and resources from the University of California, Berkeley, and has held a U.S. Environmental Protection Agency STAR graduate fellowship and a Fulbright-Nehru Fellowship to India. In addition, Apte was a postdoctoral fellow at Lawrence Berkeley National Laboratory. He subsequently joined the faculty at UT-Austin.

Apte’s research builds on his prior novel work to collect large amounts of air pollution data using monitors mounted on Google Street View cars. In his Rosenblith Award study, he will investigate whether such monitoring could improve exposure assessment for health studies. The study has the potential for a significant impact on the way research related to air pollution and health is conducted.

Apte will measure air pollution concentrations using vehicle-mounted monitors in Oakland, California, and Delhi, India. Next, he will compare these data with other, more traditional exposure assessment approaches, such as fixed-site measurements, land use regression, and satellite estimates. He will also mine data from the multipollutant data set to understand the effects of sources on population exposures. Finally, he will evaluate how scaling up this approach could address data gaps related to air pollution exposure in health studies. 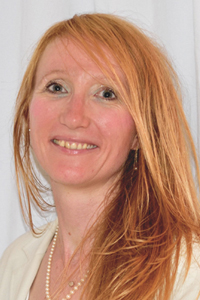 Marie Pedersen, associate professor at the University of Copenhagen in Denmark, is the other 2017 recipient of the Rosenblith award for her proposal “Impact of Exposure to Air Pollution on Asthma: A Multi-Exposure Assessment.”

Pedersen’s research focuses on the adverse health effects of modifiable early-life environmental exposures. In her Rosenblith Award study, she will evaluate whether early-life exposure to air pollution is associated with development of asthma in children and adolescents. Unlike studies on asthma exacerbation, the potential role of air pollution on the development of asthma is an understudied question.

Pedersen will investigate this question using an unprecedentedly large data set, collected in Denmark since 1997 and consisting of health data from more than a million children and adolescents. In addition, she will make use of two smaller cohort studies with detailed individual information about potential confounders: the Danish National Birth Cohort, and the Copenhagen Prospective Studies on Asthma in Childhood. She will estimate residential outdoor exposures to several particulate and gaseous air pollutants modeled with the AirGIS human exposure modeling system. She will also look at the mechanistic basis for these effects by studying changes in lung function, inflammation, immunological markers, and airway DNA methylation.

Named for the first chair of the HEI Research Committee, the Walter A. Rosenblith New Investigator Award supports the work of a promising scientist early in his or her career. In selecting award recipients, the HEI Research Committee considers each applicant’s potential for a productive research career in examining air pollution and its effects on health, the support provided by the applicant’s institution, and the scientific merit of the research project and its relevance to HEI’s mission. Joshua Apte and Marie Pedersen are the 23rd and 24th scientists to receive the Rosenblith Award since the inception of the program in 1999.