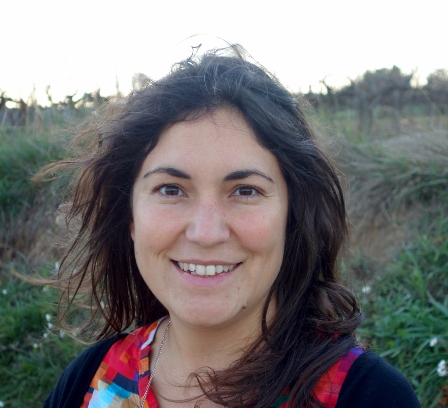 Guxens, a physician, specializes in preventive medicine and public health. She received a Ph.D. in public health and biomedical research and has been a Río Hortega Fellow. In addition, Guxens was a postdoctoral fellow at CREAL, as well as at Erasmus Medical Center in Rotterdam and at Utrecht University’s Institute for Risk Assessment Sciences, both in the Netherlands. She subsequently joined the faculty at ISGlobal and received a Miguel Servet fellowship in 2014. She is also assistant research professor in the Department of Child and Adolescent Psychiatry/Psychology of the Erasmus University Medical Center–Sophia Children’s Hospital in Rotterdam.

Guxens’ research focuses on the role of environmental factors, including air pollution, on children’s development. In her Rosenblith Award study, she will evaluate whether prenatal air pollution exposure at different time windows is associated with development of autism spectrum disorders (ASDs) and whether prenatal and postnatal air pollution exposure is associated with changes in brain structure and function in children. She hypothesizes that exposure to air pollution during pregnancy may be related to an increased risk of ASDs, but not with an increased risk of autistic traits (subclinical deficits that do not meet formal criteria for autism spectrum disorder diagnosis).

To test this hypothesis, Guxens will set up a large, population-based case-control study including children diagnosed with ASD in Catalonia, Spain. In addition, she will include longitudinal cohort data on children’s brain health from the Generation R Study in Rotterdam. For both regions, she will estimate air pollution exposure at the children’s home addresses using existing land-use regression models available from the European Study of Cohorts for Air Pollution Effects. Guxens will also apply innovative hybrid models — combining land-use variables and satellite-based remote sensing of aerosol optical depth — to evaluate different time windows of exposure. Finally, she will develop and apply novel methods to address measurement errors and to evaluate the possible associations of ASD and brain structural and functional changes with air pollution using multipollutant models.

Named for the first chair of the HEI Research Committee, the Walter A. Rosenblith New Investigator Award supports the work of a promising scientist early in his or her career. In selecting award recipients, the Committee considers each applicant’s potential for a productive research career in examining air pollution and its effects on health, the support provided by the applicant’s institution, and the scientific merit of the research project and its relevance to HEI’s mission. Guxens is the 22nd scientist to receive the Rosenblith Award since the inception of the program in 1999.